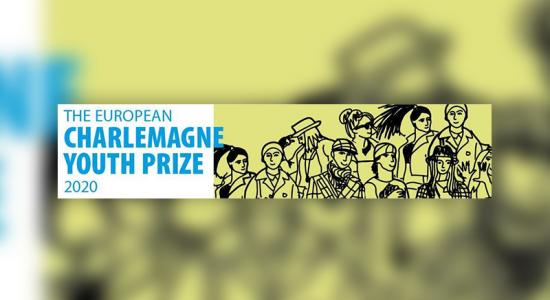 Young people from all the EU Member States are invited to participate in a competition on EU development, integration and European identity issues by the European Parliament and the Foundation of the International Charlemagne Prize of Aachen.

Theme of the competition:
The 'European Charlemagne Youth Prize' is awarded to projects, which

promote the European and international understanding,
foster the development of a shared sense of European identity and integration,
serve as a role model for young people living in Europe and offer practical examples of Europeans living together as one community.
The projects can focus on the organisation of various youth events, youth exchanges or internet projects with a European dimension.

Participation criteria:
participants should be 16-30 years old;
must be citizens or residents of one of the 28 EU Member States;
can apply, either individually or in groups, in the case of group and cross-border projects, the project can only be submitted in one country which is closely linked to the project.
​
Applications in all official languages of the European Union are eligible
The projects submitted for the competition must have started and:
a) finished between (1 January 2017 and 29 January 2018) or
b) be still running.

Prizes:
The prize for the best project is EUR 7,500, the second, EUR 5000 and the third, EUR 2,500.
Representatives of the 28 national projects selected will be invited to the award ceremony in Aachen, Germany on 8 May 2018.
The prizes for the best three projects will be presented by the President of the European Parliament and representative of the Foundation of the International Charlemagne Prize of Aachen.
As part of the prize, the three laureates will be invited to visit the European Parliament (in Brussels or in Strasbourg).

Selection procedure:
The winner or the European Charlemagne Youth Prize will be selected in a two-step process.

First step: national juries consisting of at least two Members of the European Parliament (MEPs) and one representative of youth organisations will select one national winner from each of the 28 Member States by 19 March 2018.
Second step: the European jury consisting of three MEPs and the President of the European Parliament, four representatives of the Foundation of the International Charlemagne Prize of Aachen will select the winner from the 28 projects submitted by national juries by 11 April 2018.

For more information regarding the competition please read the rules  and contact the national European Parliament Information Office.